A representative of the Cherokee Nation believes terminating a Dexter couple’s parental rights to their children, one of whom was chained to his crib from bedtime until morning every night over a six-month period, is for the best.

Leonard Gouge, an out-of-district supervisor for the Cherokee Nation, gave his opinion during the
first day of Brian and Charity Miller’s second termination of parental rights hearing. District Judge Fred Wellmann ruled last July that Brian, 34, and Charity, 27, could keep their parental rights after Tina Youngbear, a juvenile case worker with the Cherokee Nation, gave testimony in favor of the Millers’ rights to their children. Because Charity and the one of the two sons are members of the Cherokee Tribe, the Federal Indian Child Welfare Act applies to the case. Under ICWA, the petitioner, Mower County Human Services, must prove beyond a reasonable doubt it made an active effort to reunify the family. 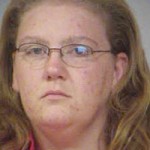 Mower County attorneys spent Monday arguing that the Millers didn’t do their part in reunifying, and don’t understand chaining their child to a bed and forcing their children to go without food was wrong, among other issues.

“I don’t really believe Mr. Miller has the insight as to how damaging the treatment of these children has been to them,” said Barb Carlson, a licensed clinical counselor. Carlson administered several assessments and exams to the Millers last year to determine their fitness as parents as part of the Millers’ case file through Mower County Human Services. She said Brian and Charity both displayed a lack of insight over how their abuse of their children, now 8- and 6-years-old, could have affected them. 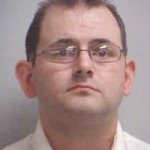 One of the most damaging pieces of testimony came when Carlson testified that Charity displayed traits similar to a psychopathic deviant during a psychological assessment. Carlson said the findings were significant in that a person similar to a psychopathic deviant often lacks empathy, has rigid thinking and an inability to accept responsibility, along with other traits which presumably could explain Charity’s previous behavior toward her children.

The Millers have yet to complete court-ordered therapy, a child safety plan to MCHS’s satisfaction or give specific examples of their children’s’ behaviors which lead to their 6-year-old son being chained to his bed, according to Darcy Brooks, MCHS social worker.

“I have yet to get specific reasons for the behaviors that went into the chaining,” Brooks said.

Brooks testified that she had visited the Millers four or five times while they were in jail to keep them up to speed on their case plan. In addition, she gave the Millers contact information for area therapists and clinics where they could take psychological and parental assessments.

Attorney Dan Donnelly, who represents Charity Miller, took issue with several parts of Brooks’ testimony, namely that she waited several months after the June 30 deadline to have a child safety plan in place before explaining the details. Brooks said she had explained the process to the Millers before they were incarcerated and had expected them to follow through with therapy, which would help identify reasons why they chained their children. A case file or child safety plan isn’t complete until it can adequately address those reasons, according to Brooks.

The Millers took the stand to defend themselves, saying they learned through parenting classes in jail how to deal with their children in certain situations. Brian and Charity also said they would seek guidance from outside sources such as doctors or counselors on disciplining their children.

“I’m going to use something recommended by someone else before I jump to a dumb conclusion,” Brian said. “The last one I chose was wrong and that’s why I’m going to seek out help.”

The Millers’ testified they completed parenting classes and work-release programs during their time in jail. They could have left jail to pursue help related to their parental rights case, such as therapy, but neither could afford it since their medical assistance wouldn’t cover it while they were in jail.

Though the Millers are working to regain their children, neither child wants to live with their parents, according to guardian ad-litem Todd Schoonover.

“It’s going to take years and years before these boys can trust the Millers again,” Schoonover said.

Schoonover and Dr. Marcia Guertin, the children’s psychologist, testified neither child wants to live with their parents, though the 6-year-old is thinking of visiting with Brian and Charity at some point. The 8-year-old refuses to visit his parents.

The boys are learning to deal with their emotions and slowly getting better while in foster care, according to Guertin. Each boy had behavioral issues like fearing to leave their room at night to get a snack or go to the bathroom. The 8-year-old has reportedly made great progress in his speech development since being placed into a foster home.

“He has not learned how to negotiate his behaviors,” Guertin said. “That is the result of the trauma that happened in the home.”

Guertin also testified the 8-year-old told her about an experience where his hands were bound together, presumably in handcuffs.

Each expert said there were no more services the Millers could use to reunify their family other than what MCHS had already directed them towards. In addition, several experts testified that nothing short of intensive therapy for almost a year, if not more, would be required before the Millers could possibly be ready to regain their children, to say nothing of the time it would take for the children to ready themselves. Guertin said it would be destructive if the children were to go back to the Millers.

Gouge agreed with the experts, for the most part. He expressed concerns over the lack of services for the Millers and said it would have been helpful had MCHS designed a case plan using specific causes and behaviors that prompted the chaining incidents.

“Even if the parents knew what they needed to achieve, there was no services,” Gouge said.

“I believe termination is in the best interest of the children,” he said.

Donnelly and Lenway are expected to call Brian and Charity to the stand Tuesday, which may be the final day of the hearing.