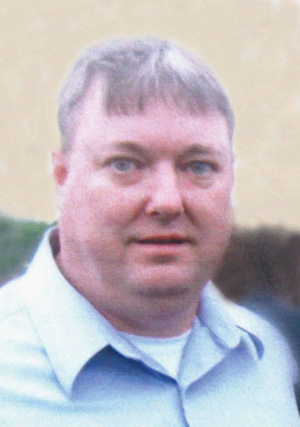 Mass of Christian Burial will be at 10:30 a.m. Friday, Jan. 20, 2012, at St. John the Baptist Catholic Church in Mankato, with Fr. John Kunz officiating. Visitation will be held from 4 to 8 p.m. Thursday, Jan. 19, 2012, at Mankato Mortuary and will continue one hour prior to the service at church on Friday. In lieu of flowers, memorials are preferred.

Troy Lynn Mueller was born Feb. 13, 1965, to Larry and Joyce (Murphy) Mueller in Austin, Minn. He graduated from Pacelli High School in Austin in 1983. Troy earned his associate degree from Austin Community College and later graduated from Mankato State University in law enforcement. He married Jill Kindseth on June 23, 1990, at St. John’s United Church of Christ in Faribault, Minn. Troy was employed since 1989 as a Patrol Officer with the Mankato Department of Public Safety. He worked as an EMT with Austin Ambulance, and later pursued his Paramedic degree while working with Mankato Gold Cross. He presently worked at River’s Edge Hospital in St. Peter. Troy was a member of St. John the Baptist Catholic Church. He loved watching Notre Dame Football, playing fantasy football, and spending time with his daughters and his dogs, Hannah and Ozzy.