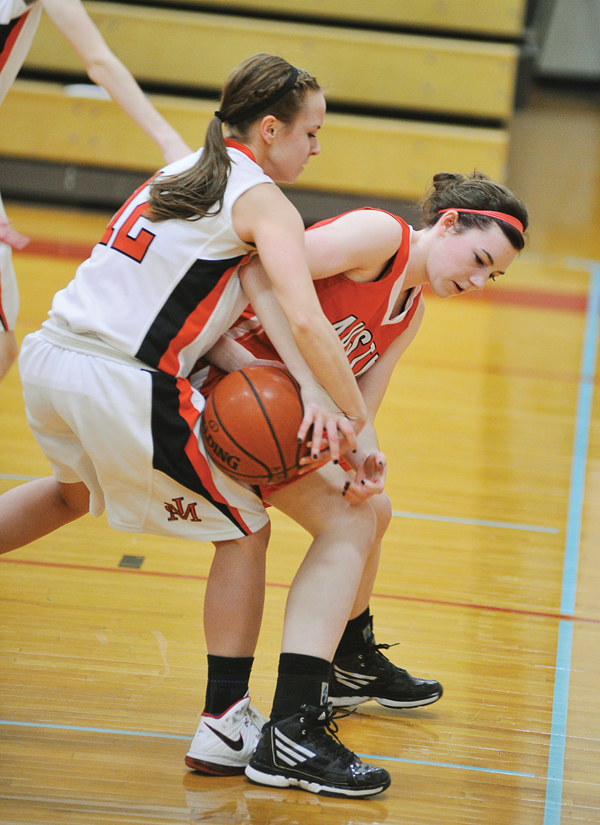 Austin's Alex Hansen and Rochester Century's Allison Radke struggle over the ball during the first half Friday night in Packer Gym. - Eric Johnson/photodesk@austindailyherald.com

The Packers (7-8 overall, 4-5 Big Nine) pulled to within 31-25 when Stephanie Justice scored on a breakaway with 14:40 left in the game, but they scored just 13 points the rest of the way as the Rockets pulled away. 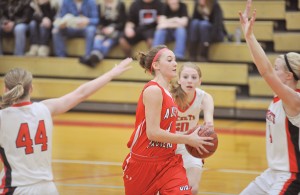 Austin's Taylor Lady cuts into the lane and the Rochester John Marshall defense during the First half Friday night at Packer Gym. - Eric Johnson/photodesk@austindailyherald.com

“We missed some easy shots and we didn’t rotate to protect the basket on defense,” Austin head coach Gary Peterson said. “I’m disappointed we didn’t play better when we’ve got some of our former players being inducted into the hall of fame.”

Austin had trouble with JM’s two eighth graders in the paint as Nicole Fautsch had 19 points and seven rebounds and Jamie Ruden had 15 points and eight rebounds. 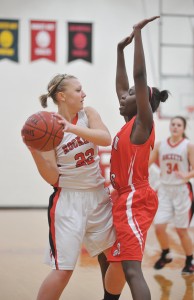