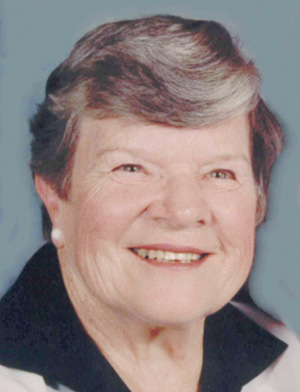 She was born Jan. 13, 1929, to Leo and Margaret (Glynn) Donovan in New Prague, Minn., where she grew up. Marie graduated from Belle Plaine High School in 1947. She worked at the hospital in St. Peter for a short time, then went on to Nursing School in New Ulm. She met and married Gene Fuller in 1950. To this union four children were born. They made their home in Austin, Texas, for two years. They returned to Minnesota where Marie was a licensed practical nurse at St. Olaf Hospital in Austin for more than 30 years. Marie and Gene were later divorced. She married Arnold Dammen in January 1983 at St. Olaf Lutheran Church in Austin. She was an active member of St. Edward’s Catholic Church. Marie liked to travel, enjoying trips to Europe. She especially liked her trip to Ireland. She and Arnie wintered in Arizona for 14 years where they enjoyed many activities. Marie also enjoyed camping and gardening, but she especially loved to spend time with her grandchildren. We will all miss her contagious laughter.

She was preceded in death by her parents, Leo and Margaret Donovan; her first husband, Gene Fuller and a brother, John Donovan.

Memorial services will be 10:30 a.m. Saturday, Jan. 21, 2012, at St. Edward’s Catholic Church in Austin with Father James Steffes officiating. Friends may call one hour prior to the service. Interment is at Oakwood Cemetery in Austin. The Worlein Funeral Home of Austin is in charge of the arrangements. Condolences may be expressed to the family online at www.worlein.com. Memorials are preferred to American Cancer Society.