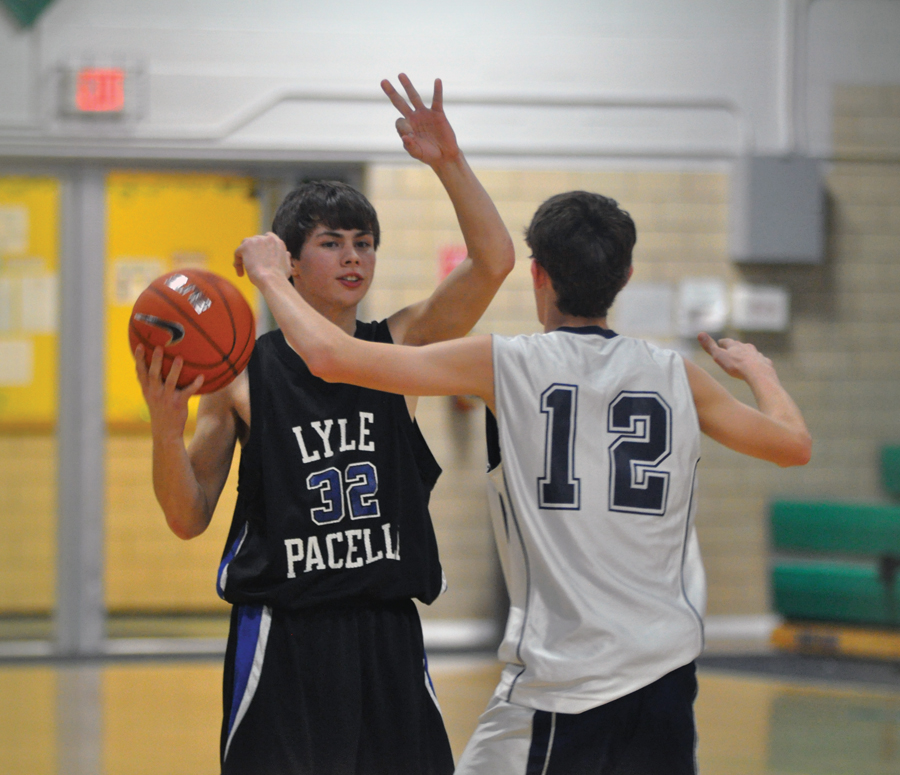 It’s not how you start, it’s how you finish.

The Lyle-Pacelli boys basketball team erased a night’s worth of struggles when it finished off Schaeffer Academy with a 15-5 run over the last four minutes in a 75-65 win in Pacelli Gym Monday.

Meyer and Diang helped carry LP’s offense in spurts throughout the night as the two played well off each other.

“We work a lot on our fast breaks in practice and we think alike,” Meyer said. “We just see each other and we’re always talking to each other.”

The Athletics trailed by as many as nine early in the second half, but Max Brennan, who had 10 points and nine rebounds, helped get the comeback going when he converted a three-point play on a post move to make it 42-36 with 15:09 left.

“I wish we’d start that way instead of having to wait until the tail end,” LP head coach Casey Anderson said. “We came out flat and I could tell right when I saw these guys before the game. But they responded in the second half and I have no complaints.”

“We shouldn’t have lost to them at the beginning of the season,” Meyer said. “We had foul trouble, we were out of shape, and we came out flat. There was no reason for that.”