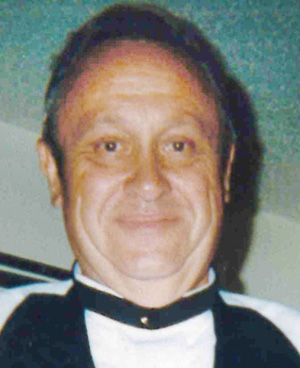 He was born on June 24, 1938, on the family farm near Dexter, Minn., to Irvin and Jeanette (Dickens) Nolte. He attended school in Elkton, graduating from Elkton High School in 1956. He began working for IBM in 1957 and retired in 1982. He was united in marriage to Dorothy Williams on July 29, 1962. Jerry served as a trustee of the Dexter United Methodist Church from 1976 to 1982, a member of the Dexter Village council, was a member of the Dexter Fire Department from 1972 to 1988, and served with the Minnesota National Guard from 1961 to 1967. He enjoyed gardening, car racing, especially NASCAR, collecting toy tractors, and traveling. His wife Dorothy died on June 18, 1981. He married Elaine Boucher on June 29, 1990, and she died on July 20, 2004. Jerry has been a resident of the Grand Meadow Healthcare Center since 2009.

Survivors include his daughter, Gale (Gary) Landherr of rural Lyle; three grandchildren, Amanda (Josh) Conway, Michelle (Tim) Neuvirth and Josh Landherr; a great-grandchild, Wesley Neuvirth; two brothers, Jon (Georgie) Nolte of Spring Valley and Steve (Barb) Nolte of Dexter; sister-in-law, Linda Nolte of Dexter; many other relatives and friends. He was preceded in death by his parents, Irvin and Jeanette; both wives, and a brother, James Nolte.

Private family services will be held at a later date. The Worlein Funeral Home of Austin is assisting the family with arrangements.