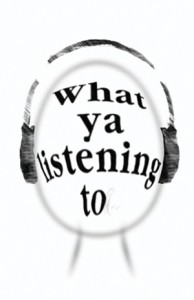 Many times in our newsroom, conversations will devolve into silly discussions of music, only to re-evolve into serious discussions, stuffed with little known facts and opinions.
From this has come a continuing new feature that will see reporter Jason Schoonover and photographer Eric Johnson challenging each other to listen to something outside their music comfort zone.
This week Jason reviews Jeffrey Gaines’ self titled-album from 1992.

When I first saw the cover for Jeffrey Gaines’s self-titled debut album, I expected to hear mood music similar to Marvin Gaye. What I got was a sincere, folk-fueled 1990s rock.

While Gaines’ sound is dated to the 1990s, it’s hard to pin down exactly as R&B and folk influences seep in.

“Fear” produces mellow, simple guitars akin to many other acts from that era. Gaines is the real lead instrument on the album and everything else fills in the gaps with notes and rhythm. The guitars rarely claim the spotlight, the drums are soft and a few other instruments are added for flavoring. 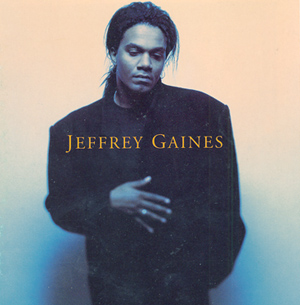 Despite my initial skepticism, the album proved to be an easy, pleasant listen. Gaines weaves his music into a very relaxing listen.

Though a deceptively pleasant listen, few tracks standout above the rest.

This can be seen as a testament to the album, and it shows the songs tend to blend together. Whether this is go or bad depends on the listen. At times, Gaines is consistent to a fault.

Not to criticize in compliments, but Gaines’s skilled, soothing voice often glosses over his lyrics, which are superior to many acts from the 1990s.

“Hero In Me” shows Gaines is a deceptively skilled song writer. His writing is coy, and not bound in overly poetic phrasing. The contemplative words of “Hero In Me” — “time’s tapping on my shoulder / I hope it’s never too late to begin” — flow easily, largely thanks to Gaines and his vocals.

I wouldn’t put this one at top of my collection just yet, but it has a place for the right day and the right mood.

Stump gets in the way of progress

More this week on Horace Austin State Park, now best known in Austin as the Mill Pond area. When the... read more