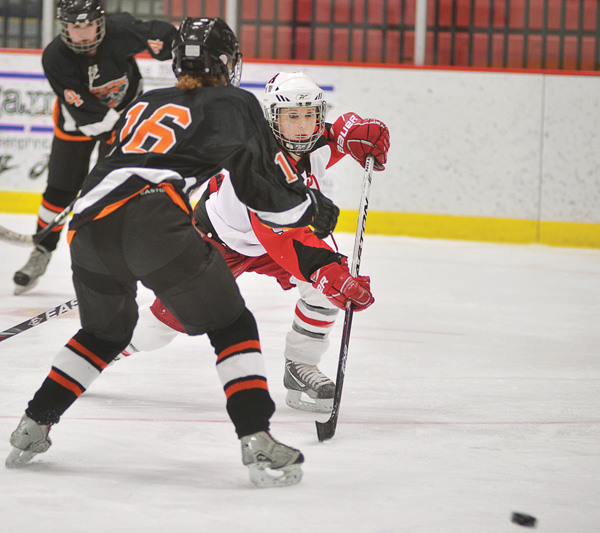 The Austin girls hockey team lost its fourth straight game when it fell 3-0 to Winona in Riverside Arena Thursday.

The Winhawks (7-7 overall, 5-6 Big Nine) got on the board when Madeline Eddy scored to start the first period and Carly Moran added a pair of shorthanded goals to put it away for Winona.

“We made some mistakes and they capitalized,” Austin head coach Denny Bray said. “When they made mistakes, we didn’t capitalize. That was the difference in the game.” 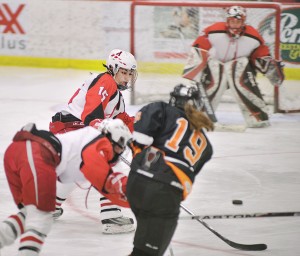 Austin's Justina Talamantes tries to cut off a shot by Winona's Rachael Nelson during the second period Thursday at Riverside Arena. - Eric Johnson/photodesk@austindailyherald.com

Southland's Elizabeth May dribbles the ball up on a fast break as the Rebels beat Blooming Prairie 77-35 in BP... read more