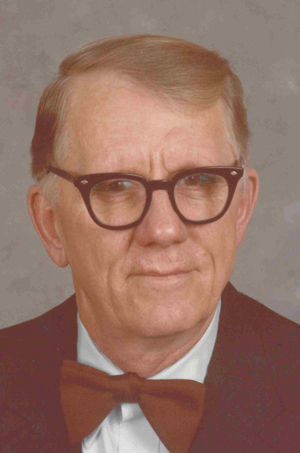 He was born April 18, 1923, in Manchester, Minn., to Oscar and Mabel (Jacobson) Mauseth. He attended area schools and graduated from Freeborn High School, Freeborn, Minn. He joined the U.S. Marine Corps, serving from Dec. 1, 1941, until Jan. 1, 1945. He entered the service at San Diego and served aboard the USS San Francisco from March 1942 to March 1944, ending up in Guam. He was in the battle of Guadalcanal. On Nov. 20, 1945, he married Phyllis Hendrickson at Cherry Grove United Methodist Church in Cherry Grove. Harold worked for the railroad for a few years before becoming a welder for the Hormel Corp., retiring after 37 years. He was a member of Westminster Presbyterian Church in Austin and also the American Legion Post 91, Veterans of Foreign Wars Post 1216, and the Moose Lodge. Harold enjoyed planting trees, and working in the garden and especially liked attending military reunions. His World War II mementos were important to him, and he most appreciated his trip to Washington, D.C., as part of the Honor Flight. Harold loved his family and liked to give tractor rides to the grandchildren and dressing up as Santa Claus at Christmas for the grandchildren and great-grandchildren.

He was preceded in death by his parents, Oscar and Mabel Mauseth; one brother, Arnold.

Funeral services will be 11 a.m. Wednesday, Feb. 1, 2012, at Westminster Presbyterian Church with Rev. Dr. Andrew Lindahl officiating. Interment will be at Oakwood Cemetery, Austin. Friends may call at the Worlein Funeral Home in Austin from 4 to 6 p.m. Tuesday and at the church one hour before the service. American Legion Post 91 and VFW Post 1216 are in charge of military rites. The family prefers memorials to the VFW Post 1216 or the American Legion Post 91. Condolences may be expressed to the family online at www.worlein.com.