Concept album shows what home recording can do 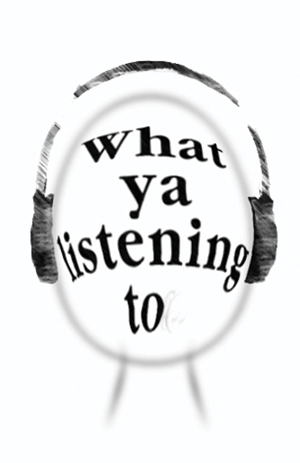 Many times in our newsroom, conversations will devolve into silly discussions of music, only to re-evolve into serious discussions, stuffed with little known facts and opinions.From this has come a continuing new feature that will see reporter Jason Schoonover and photographer Eric Johnson challenging each other to listen to something outside their music comfort zone.This week Jason reviews “Regeneration,” a progressive rock album by Ascension Theory.Ascension Theory’s “Regeneration” is a sharp prog metal album with soft edges — and a story, too.The 2002 album often plays vaguely like a soundtrack, which is fitting because its a concept album focusing on a soldier in an interstellar war.Though a metal album at heart, tracks borrow from the golden age of concept albums: The 1970s (think “Tarkus” and “Tommy”).Dig it"Regeneration," 2004 release by Ascension Theory

“Regeneration” was the brainchild of Tim Becker and Leon Ozug.

Much of the album was recorded or programmed by Becker in a spare bedroom of his apartment. Becker supplied the keyboards, bass and drums, while Ozug added guitars and vocals.

Granted, this was still before — or at least on the early end — of the home recording fad, which has been largely spurred by programs like Garage Band.

While modern home recordings are geared toward electronic, beat-driven sounds, Becker and Ozug maintained the sound of a full band. The songs mix rock-tinged metal with keyboards and instrumentation.

It’s an impressive album for a home-recorded concept album.

Much of the music is grandiose for a home-recorded album. Parts of “Eridani” remind me a bit Emerson, Lake and Palmer — mainly in the keyboard riffs.

Its a grandiose style sounds like something born out of the late 1970s/early 1980s and reminds me a bit of Styx singer Dennis DeYoung. The technique, though well executed, isn’t necessarily my cup of tea.

“Warriors” opens the album and provides the backdrop for the story the album weaves.

This album isn’t going to move to a mainstay on my music list, but it’s definitely an album I could come back to for a few more listens when the mood is right.

The album had the feel of one that didn’t click on the initial listens, but could catch my ear more down the road.

Neville's play, "A Common Thread," is based on the Nelson Family history. Neville's grandparents Hans Peter and Maria came to... read more