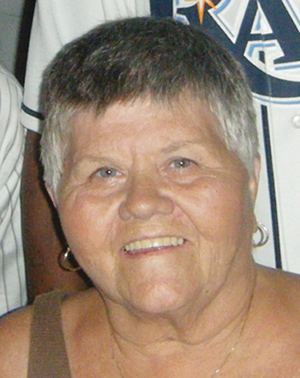 Carol was the oldest of four children born April 13, 1946, to Harold and Ruth (Winslow) Hoffman in Austin, Minn. She married Michael Scott in 1989, renewing their vows in 2009. Carol had three children from a previous marriage; Eric, Dana and Lee. She graduated from Austin High School in 1964 where she held her first job in the school cafeteria. Carol lived briefly in Mission Viejo, Calif., Lake City, Minn., and Minneapolis where she began her career as a legal secretary. Later she moved to the Washington D.C. area where she was employed by Arnold & Porter Law Firm. She loved being able to boast about her typing speed. Carol was a server at numerous restaurants; however, the job she enjoyed most was at Ted Peters Famous Smoked Fish in S. Pasadena, Fla., where she was known as the “Salmon Queen.” Carol loved music and at one time had the opportunity to play backup bass guitar in a band. Even after the loss of her legs, she enjoyed traveling to famous restaurants, parasailing, hot air balloon rides and many other adventures. She enjoyed playing bingo, especially with her dad and Karen, who was not only her stepmother but her very good friend. Carol was a gifted writer, and she enjoyed helping her husband Michael with his college papers as he continues his education. She loved the ocean and enjoyed her townhome on Tampa Bay with her view of the Sunshine Skyway Bridge very much. Carol was a member of the American Legion Post 125 Ladies Auxiliary, Gulfport, Fla.

She was preceded in death by her parents, Harold and Ruth; stepmother, Karen; father–in-law, Jonathan Scott Sr. and sister-in-law, Charlene Smith.

Cremation has been conducted. A memorial service, officiated by Pastor AJ Valentine, will be held on Saturday, April 14, 2012, at her home, “Scott’s by the Sea,” followed by a celebration of life barbeque.

The funeral service for Phyllis Idele Aronson, of Ellendale, will be 11 a.m. Monday at First Lutheran Church, Ellendale. The... read more