A 27-year-old Rochester man who allegedly kidnapped his ex-girlfriend and led police on a five-hour pursuit pleaded not guilty Thursday to five criminal charges. 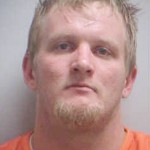 The alleged incident took place Jan. 11, and began when Rahlf and his ex-girlfriend, 22-year-old Jessica Piland, met at Lake Geo Travel Plaza in Dexter to exchange some belongings. According to the court complaint, Piland’s friend told police Rahlf had recently broken some of Piland’s teeth in a domestic assault.

That same friend had driven Piland to meet Rahlf in Dexter, according to court documents. The friend told officers Piland was speaking to Rahlf on the driver’s side of Rahlf’s vehicle when he opened his door and pulled Piland into the car.

However, Rahlf told police Piland was trying to retrieve belongings from the passenger side when Piland’s friend approached the vehicle, which scared Rahlf, so he pulled Piland into the car while driving away so Piland wouldn’t get hurt, according to the complaint.

Rahlf allegedly led police through Mower, Dodge, Steele and Olmsted counties as seven law enforcement agencies tried to track him down. The incident began around 3:30 p.m. and didn’t end until Rahlf was arrested in Rochester around 10 p.m. that night.

Surveillance tapes obtained from Kwik Trip in Owatonna show Rahlf and Piland getting gasoline and buying pizza. Rahlf also made a phone call from the gas station pay phone, and the two stopped at Hy-Vee so Piland could use the bathroom.

According to the court complaint, Piland told Sheriff Terese Amazi she did not try to escape because there would be “hell to pay.”

Rahlf dropped Piland off at her parents’ house in Kasson just after 9 p.m., and officers arrested Rahlf that evening at his father’s house, according to the court complaint.

The court complaint states that Rahlf has been convicted seven previous times for driving without a valid license.

A bill that would allow Minnesota prosecutors to carry firearms is likely headed to a floor vote in the House.... read more