A 46-year-old rural Brownsdale man who hit two squad cars and a deputy with his vehicle was sentenced to probation on Thursday. 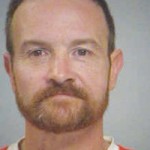 David Allen Strickland was convicted of terroristic threats, fleeing officers in a motor vehicle and DWI. Two of the three charges are felonies. Strickland’s probation sentence comes in lieu of 15 months in prison, which could be handed down if he violates his probation conditions.

According to court documents, a Brownsdale police car and Mower County deputy’s car were parked in the 100 block of Highway 56 in Brownsdale around 1:45 a.m. Saturday, Sept. 10, when Strickland crashed into the Brownsdale squad car.

As a result of the impact, the squad car hit the deputy’s car. According to the police report, Strickland’s vehicle ran into the deputy.

The deputy was not injured.

Strickland fled the scene, driving down Highway 56 at speeds up to 100 mph. The officers whose vehicles had been hit caught up with Strickland about two miles away from the scene of the crash and arrested him.

Strickland refused to be tested for DWI the night of his arrest, but in court he admitted to being intoxicated.

Wedding enthusiasts, planners and potential brides and grooms will converge on Austin this weekend. On Sunday, the Hormel Historic Home... read more