Eminem to Shakespeare, give respect where it belongs

A few years ago, I was talking to a friend who listens to bands mostly 1990s to 2000s about The Beatles.

“The Beatles suck,” he said.

He continued to flatly argue The Beatles hadn’t influenced any of the music he liked.

This kind of talk makes me cringe.

Regardless of music tastes and preferences, music lovers need to give credit where credit is due.

Arguing The Beatles didn’t affect modern music is like saying Shakespeare has had zero impact on modern literature and films.

Frankly, whether someone likes The Beatles is besides the point. It’s a matter of respect and appreciation.

There’s a big difference between “it’s just not my thing” and “they suck.”

Before I look like I’m standing on a musical soapbox, I should admit I’m guilty at this, especially with rap. While I’m not a fan of Eminem, I’ve come to respect what he’s done for his genre.

No matter the music on someone’s iPod, people should at least respect the greats, even and especially when it’s not “your thing.” Don’t be musically close-minded.

I found a few reasons listeners quickly shrug and scoff off music:

1. Impatience: In the fast-paced, download world, there’s little patience for music. If a song doesn’t instantly wow, it’s on to the next track. Yet, studies have shown it can take seven listens to recognize a song. Especially if it’s a new genre, many listeners don’t give songs a fair chance.

2. Peer pressure/fear: Let’s face it — a lot of music isn’t seen as cool at school and with friends. I distinctly remember feeling painfully self-conscious the first time I checked out “Bitches Brew” Miles Davis from my college library. People tend to listen to the music their friends listen to, and venturing out of the core/accepted selections can be daunting.

3. Lack of musical education: Music is often one of the first victims on the cutting block when schools enter cut mode. While not all students will join band and choir, a basic musical knowledge is important. Removed from years in band, I struggle to read music. But, I feel my limited experience at least bread appreciation for multiple genres.

4. Lack of exposure: Most people forge their musical tastes through, parents, siblings, friends and the radio stations they hear. There’s nothing wrong with this, but it can be easy to block off other great listens. Venture out of your bubble to find some music to introduce to friends.

5. One and done: Love at first listen is as rare as love at first sight. If at first there’s not that instant connection, come back in a few months or few years and give a band or a song another try.

Be yourself, be kind … and read often

Sympathy for the Ikea walk of shame 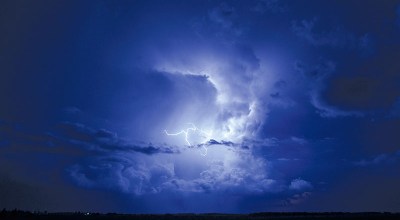 Check out the arts in Austin Living