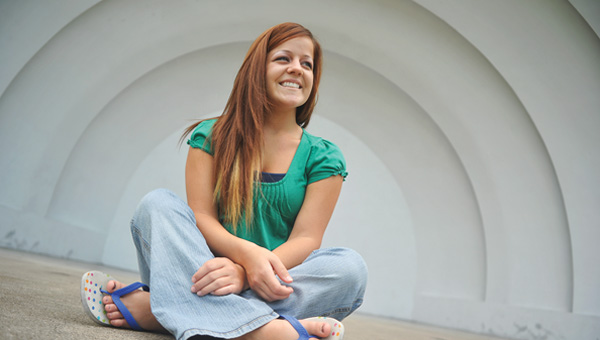 She has a huge voice, but does she have “The Voice?”

Teiler Miller, a 17-year-old Austin High School student, will find out Friday. She’s auditioning for NBC’s “The Voice,” where singers compete for $100,000, a Universal Records contract and national fame.

“It is very, very exciting,” said Teiler, who credits her dad Phillip for getting her an audition.

Teiler’s no stranger to the stage. She used to live in Hawaii, where she performed during festivities at the 2005 Pro Bowl. She’s known locally for her performance at Austin’s Got Talent, where she placed third. Since then, she has sung at several shows organized by local promoter Denny Charnecki, including last year’s New Year’s Eve show.

“She loves to do this stuff,” Phillip said. “She’s been singing and dancing since she was 2 and a half.”

Yet she hadn’t thought of auditioning for “The Voice” until her dad told her about auditions set for this week in Nashville.

“It’s a good show, because it’s not about appearance or anything,” she said. “It’s about the voice of the person.”

When Phillip saw people could send in auditions online, he immediately told Teiler about it. After sending in one of her videos, the Millers got some startling news last week: Teiler earned a scheduled audition at 2 p.m. this Friday.

While it was an encouraging sign (since she wouldn’t have to wait in line), it also meant wrangling with finances. The Millers didn’t have enough money to drive down to Nashville at first, but a quick plea on Facebook (for which Teiler credits her sister Whitnei) netted Teiler plenty of donations within a few hours.

“People are so supportive to want to get me there,” she said. “I am surprised and just touched. I had no idea so many people supported me like that.”

She doesn’t expect to meet the celebrity judges right away, as she has read that all participants have to go through a trial audition before they meet the likes of Christina Aguilera, Cee-Lo Green, Maroon 5’s Adam Levine and Blake Shelton, “The Voice” celebrity judges.

“Even if I didn’t even make it past (the judges), performing for them would be the best thing ever,” Teiler said. “I’ve been following (Christina) since I was little little, and she’s definitely one of my idols, that’s for sure.”

Needless to stay, this Friday could be momentous for Teiler, as she’s wanted to become a singer all her life. Come what may, she’s determined to break into the music business, though dentistry could be fun, too, she said.

“I’ve had jobs and I just can’t be behind a counter all my life,” Teiler said. “If I could be successful, that would be great.”