A date to remember 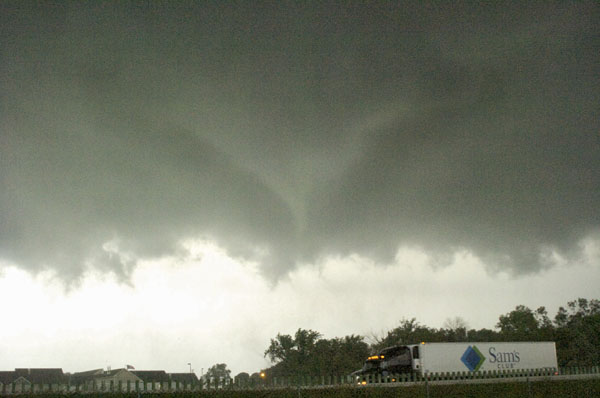 Tornadoes struck region two years in a row on June 17 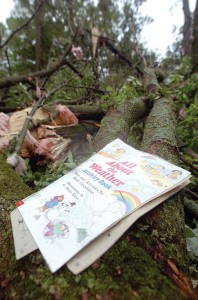 An activity book titled, "All About the Weather" rests on a group of fallen trees at the Jay C. Hormel Nature Center Thursday morning. -- Herald file photo

That’s because tornadoes ripped through Freeborn County in 2010 on the same day. Dolphin has come to realize that severe weather happens unexpectedly, as he said the tornado that hit the nature center “shouldn’t have happened.”

A large portion of the roof was torn from the visitor center that day, and several people were in the auditorium and had to hide in the bathrooms — hardly the safest spot on the property as it is above ground. Several wooded areas were downed as well. Now Dolphin thinks about emergency preparedness before weather gets severe.

“I’m definitely a little more alert on that, and when a tornado watch pops up, I’m thinking, ‘who’s in the auditorium?’ … You’ve got to pay attention when you have those things come up.”

Though the tornado severely damaged the visitor center, that’s exactly where he’d tell people to go during a tornado.

“Even though the visitor center got hit hardest by the tornado, the (basement) bathrooms are the safest place to be,” he said.

Dolphin’s attention to weather is also partly because of his impressions over the years. He said it seems like the frequency of tornadoes have increased in his lifetime.

“These conditions are easier,” Dolphin said. “That’s my impression.”

Since the tornado, the nature center has planted roughly 30 trees, which hardly makes up for the 300 it lost from the storm. Dolphin said he and employees are working on a task that doesn’t seem to end. Fallen branches and weakened trees are still prevalent throughout the nature center, and winds from 30 to 40 mph continue to shake branches loose and litter trails.

However, Dolphin sees one benefit to the fallen trees. Dead trees draw more insects, birds and amphibians to the area. And for Dolphin, it’s all about the wildlife.

For that reason, he plans to leave some of the fallen trees and sticks after storms because he doesn’t want to damage the land with heavy equipment or eradicate animals. Furthermore Dolphin has a new respect for weather and it’s irony.

Though two years of same-day tornadoes is ironic, Dolphin added another anomaly. When the 2009 tornado tore through the visitor center, it also took a book with it and placed it in the middle of the woods. It was titled “All About the Weather.”