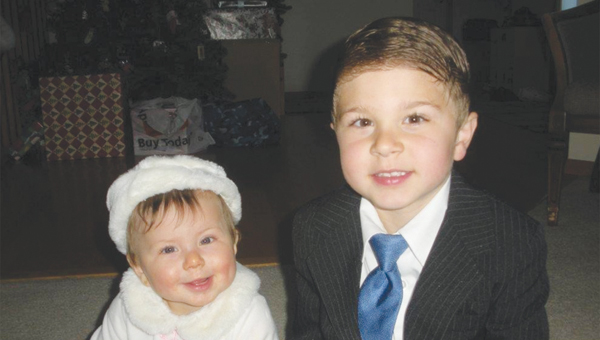 Brianna and Caleb Piepho were both born premature, but parents Charlie and Chantell say March of Dimes-funded research helped doctors to help the family. The Piephos are this year's March of Dimes Ambassador family for Austin and Albert Lea.

There’s plenty of reasons to donate to Saturday’s March of Dimes walk. They’re all tiny, brought into the world before their time, and in need of the medicine and care.

This year’s ambassador family symbolizes how important the cause is. The Piepho family experienced tragedy when in late 2003 Daniel Piepho was born at 23 weeks, before his lungs had fully formed. His parents Charlie and Chantell started volunteering at the March of Dimes soon after. Since then, they’ve been among the local March of Dime’s most fervent supporters.

“Because of the March of Dimes, my two other children were carried to almost full term,” said Chantell in a press statement.

The Piepho family is reluctant to be in the spotlight, as they believe the cause is more important than any one story, since not all of them have happy endings. They hope people donate in spite of their story and not because of it, according to Young.

“It took our breath away to think of what they’d gone through months before (they joined),” she said.

The Piepho family, with Caleb, 6, and Brianna, 1, will be cutting the ribbon at the March this Saturday. They will be the first ones through the starting line.

There’s still plenty of time to get involved in fundraising efforts. Walk teams are accepting donations and anyone can start a team before the walk. Donation banks are stationed at many local business, restaurants and retailers. Organizers are even holding a raffle Friday during Torge’s happy hour from 5 to 7 p.m..

The march will take place Saturday at 9 a.m. Registration begins at 8 a.m. Participants can walk the 6.5 mile track, although there will be pickup vans for those who can’t walk the distance.