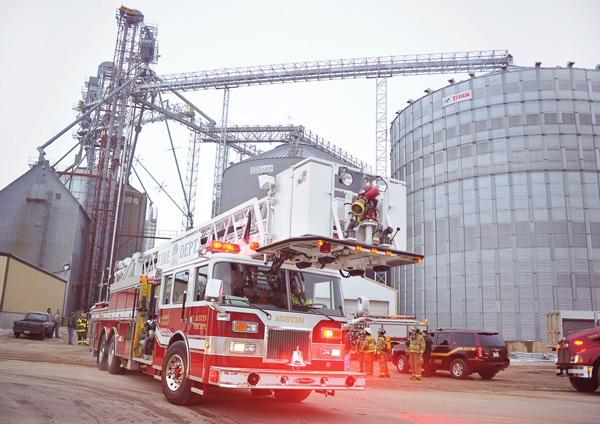 Austin Fire Department and Mower County Sheriffs deputies responded to a call at around 5:20 p.m. that a small explosion had taken place at the bin, located off County Road 2. 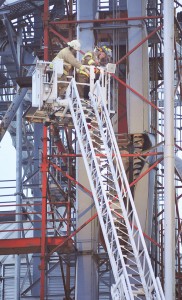 Firefighters check out a blown-out leg following an explosion Friday night at the Lansing Grain Elevator in Lansing. One man was taken to the hospital for precautionary reasons. - Eric Johnson/photodesk@austindailyherald.com

The explosion started in the loading area garage, where it blew out a wall, and traveled 60 feet up the grain leg, causing two additional blowouts. Fire Chief Mickey Healey said the explosions did not cause visible flames and the grain bin itself was not affected.

One employee, who was not named, did sustain minor injuries from the explosion and was transported to AMC for precautionary reasons, Healey said.

Healey said the cause of the fire is not known, but is likely related to a common dust build up.