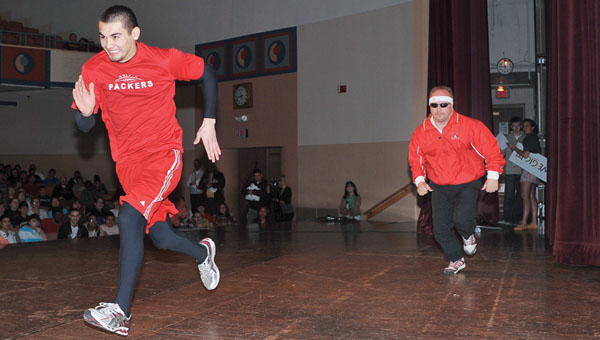 Members of We Gig It! the community group raising awareness of Austin’s efforts to bring Google Fiber to town, held a pep rally at Knowlton Auditorium Thursday morning.

“(We want to) get them to really care about Google Fiber,” Bramwell said.

Austin is ranked sixth in a social media contest out of almost 1,100 communities. About 16 percent of Austin’s population supports the We Gig It! effort on Facebook. After today’s rally, organizers hope students boost their support further. Organizers want Austin to be at 20 percent by April.

There’s going to be some boot stomping, hollering and a general good time at the Paramount Theatre Friday night. Six... read more