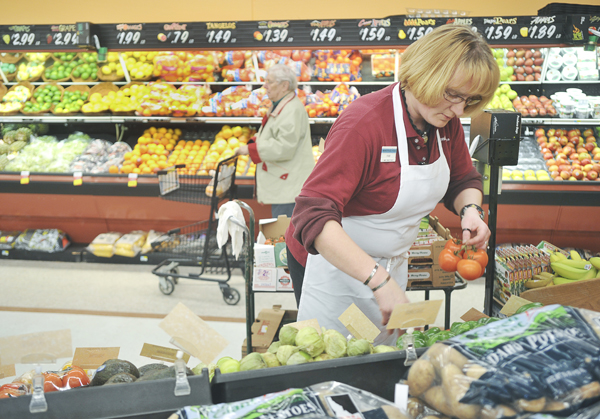 Austin residents may not be able to stave off increases to their grocery bills.

The Consumer Price Index for food rose 0.5 percent in January, contributing to a 1.8 increase throughout the year — the highest the country has seen since 2009. And prices aren’t expected to go anywhere but up over the next year. The CPI is projected to rise 3 to 4 percent in 2011 in the grocery and restaurant sectors.

Jim Baldus, owner of Jim’s Marketplace, said his store hasn’t been hit with the increase just yet, but has been warned by its suppliers that changes are on the way.

“We haven’t really been seeing it yet, but we did receive a letter giving us a heads-up that we would be seeing it (an increase), he said.

Customers at larger grocers may already have begun to notice the change at the checkout lines. Hy-Vee has started to pass along the increase costs to the customers, but expects to do so more as prices continue to rise.

“Customers have been seeing it on certain products for a little while now,” said Hy-Vee Assistant Vice President of Media Relations Ruth Comer.

Comer said increases in product costs have also resulted from natural circumstances. A freeze in a Mexican growing area known for its tomato supplies has affected tomato prices, driving up a pound of tomatoes by as much as $1 in the last month, Comer said.

And then, of course, there’s the increased gasoline prices.

That, she said, has inevitably played a role in spiking costs, as it takes more money to transport food around the world and country.

Prices are sitting at around $3.35 nationally and are expected to rise this summer to $4 a gallon, according to gasbuddy.com.

The index indicates that all major grocery store food groups saw increases, including a 2.1 percent rise in fresh vegetables and a 1.5 percent increase in non alcoholic beverages.

In 2011, meat prices are expected to increase by as much as 5 percent, with pork prices expected to rise by 6.5 percent.

Fruits and vegetables are slated to increase 4 percent, with cereal and bakery products following in the same suit.

MissFits top first round of Get Fit