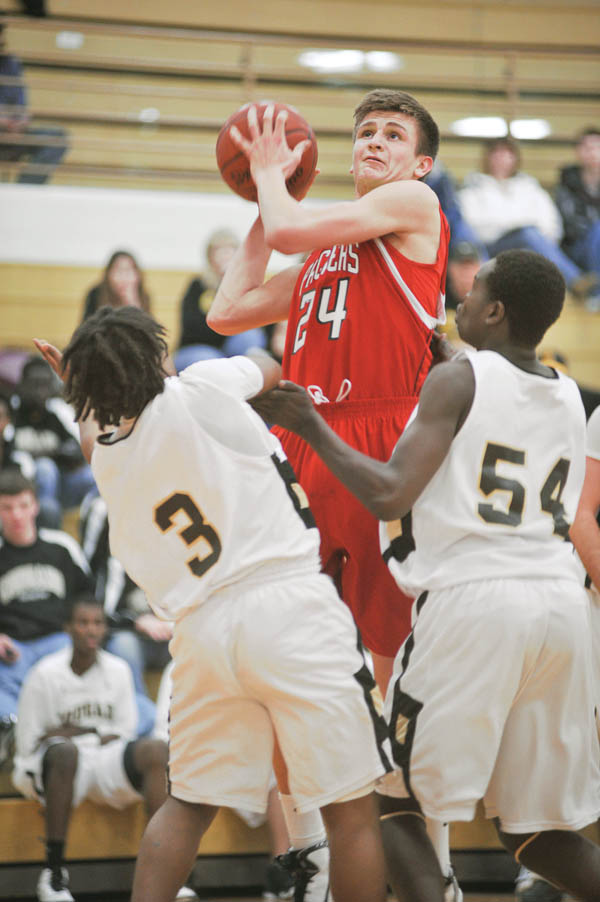 With one of their top scorers out of the game, the Packers knew somebody new would have to step up against Mankato East.

And when two of their other top scorers — Zach Wessels and Joe Aase — combined for five points in the first half, Austin’s shared scoring became even more important as they beat the Cougars (10-11 overall, 7-7 Big Nine) 60-51 in Packer Gym Tuesday. 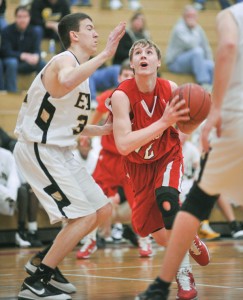 Austin (11-9 overall, 9-5 Big Nine) had five players score at least eight points to pick up the slack with point guard Matt Duren out of the lineup with injuries he sustained on Friday at Mayo. Max Coffey, Andrew Kaiser and Jay Ettinger all scored nine and Zach Fadness scored eight points with five assists.

Austin opened the game with an 11-4 run and East never tied or took the lead from that point. The Cougars did pull to within 23-17 after Martin Stevens-Frederick hit a three with 1:14 left in the half, but Coffey scored four points to close the half and give Austin a boost.

“Max Coffey really played well for us tonight,” Austin head coach Kris Fadness said. “I’m really happy for him, it’s been a tough year for him and he hasn’t gotten very much consistent playing time as a captain. It was really nice to have him shine for a night.”

Kaiser, who also had three rebounds and two assists, has found his jump shot as of late off the bench.

“The guys are having a little more trust in me and I’m shooting the ball a little better,” he said. “(With Duren out) we needed a way to score points (tonight), so everyone had to chip in a little bit.”

Austin’s defense did a solid job on East big man Brody Ziegler, who didn’t score in the first half and scored most of his 12 points after Austin led by 17.

When the Cougars beat Austin earlier this season, Ziegler was the key. 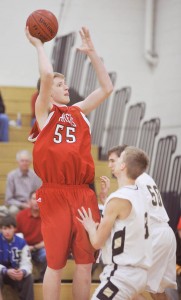 “The last time we played them, he got most of his points off their guards penetrating and dumping it off to him,” Fadness said. “Their guards still got in there, but I thought we did a better job of staying home.”

The sophomore big men held their own in the paint for Austin as Joe Aase had 14 points, five rebounds, three assists and three blocks, and Tom Aase had five points, nine rebounds, five assists, and five blocks for the Packers.

“We were just trying to crash the boards and keep them out of the lane,” Tom Aase said.