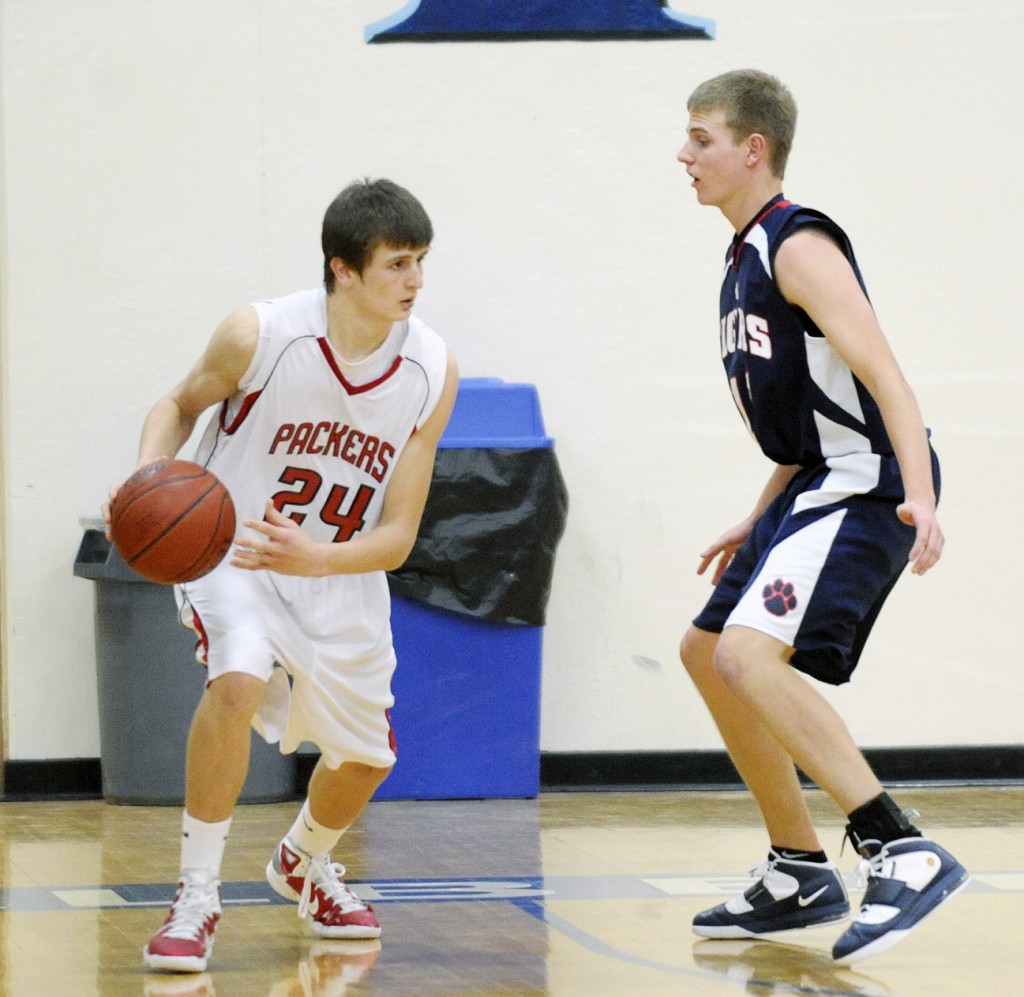 Austin's Tom Aase (24) is defended by Albert Lea's Aaron Klatt Tuesday during the second half at Albert Lea High School. Austin ended the first half on a 26-2 run en route to a 66-41 win. -- Andrew Drydal/Albert Lea Tribune

The Austin boys basketball team found its defense early in a 66-41 win at Albert Lea Tuesday.

After falling behind 8-2 to open the game, the Packers (7-6 overall, 5-2 Big Nine) outscored the Tigers 26-2 to close out the second half and put it away.

Austin, which hit nine threes in the win, forced 27 turnovers and Zach Wessels and Tom Aase each scored eight in the first half.