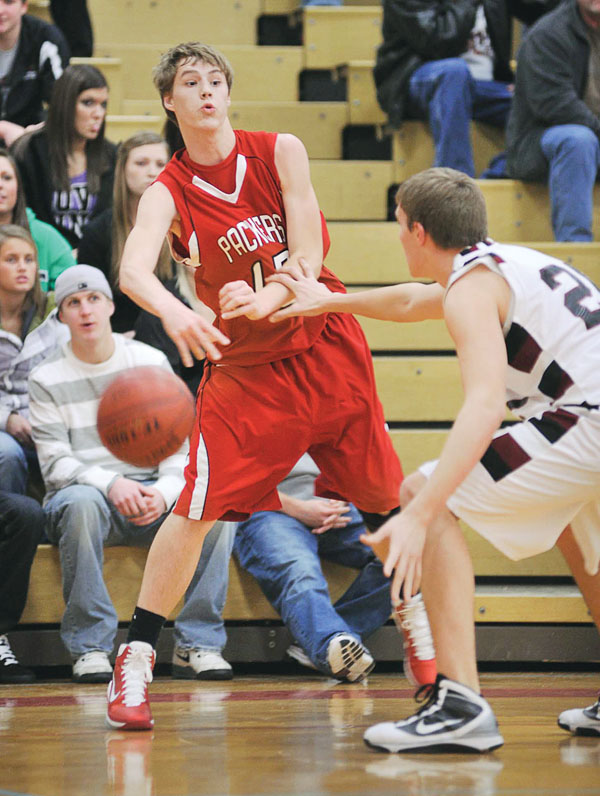 Austin (1-4 overall) missed some late opportunities as it fell to No. 6 ranked New Prague 53-49 in Packer Gym Tuesday.

“I like the way we’re playing, but close isn’t good enough,” Austin head coach Kris Fadness said. “There’s no moral victories and we’ve got to get some wins, no matter who we’re playing.”

Austin had two chances to tie the game late. Freshman guard Zach Wessels, who had nine points and four steals, missed a runner with 11 seconds left that would’ve tied the game at 51. 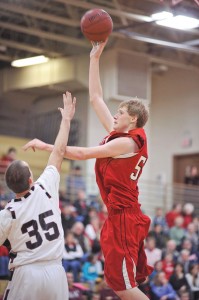 “Zach had a good look and it was a good play for him,” Fadness said.

Tom Aase hit one of two free throws to make it a 50-49 game with 35.7 seconds left and the Packers nearly forced a 10-second violation on New Prague’s ensuing possession but the Trojans got the ball across the line and called a timeout with less than a second to spare.

Austin trailed by as many as 16 points in the first half, but it battled back in the second half, although the Packers never tied or took the lead. Wessels had a three-pointer go in and out that would’ve put Austin up 49-48.

“Our downfall tonight was shooting. We didn’t shoot well and we had good looks,” Fadness said. “I told the guys that we have to develop a winning mentality. You’ve got to capitalize on those possessions when the other team’s giving you a chance to get back into the game and for whatever reason we can’t.”

While the Packers were struggling to hit, the Trojans (6-0 overall) were on fire. They hit 57 percent of their field goals and 55 percent of their three-pointers. New Prague also hit nine-of-10 free throws in the last six minutes.

Austin was able to get back in the game with strong defense as Tom Aase, who had seven points, eight rebounds and three assists, had a key block late in the game and Nate Weisert took a key charge.

“I thought our defense in the second half was outstanding,” Fadness said. “We were scrambling everywhere and causing havoc on the perimeter. Nate Weisert gave us great minutes on the boards and on defense.”

The Packers trailed 25-9 with 7:28 left in the first half but Joe Aase, who scored 14 points, hit two threes during an 8-0 Packer run to close the gap.