Broderick Diekman entered Saturday’s meet ranked first in the 85 kilograms SA Class. Broderick completed all six lifts for a total of 200 kilograms, a personal best for him. This earned him first place and a state championship title.

Doron entered the meet ranked third in the 62 kilogram Jr. Class. Right down to the final lift, John had a tough battle for second place. In the end, John brought home the bronze, placing third. He finished his High School Weightlifting career with an all time best of 148 kilograms. Every time John stepped on the platform in the last year he improved his total.

With a total score of 200 kilograms, Broderick is currently ranked fifth in the nation. He will be competing in the National School Age Weightlifting meet in Forest City, Calif. in June.

This was a statewide event for all boys and girls in high school. Each lifter was given three attempts at the “Snatch” and three attempts at the “Clean and Jerk.” The judges combined the scores of the best lift from each for a lifter’s total score. The lifter with the highest weight total in Kilograms wins the event. 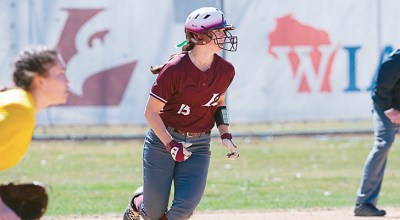 Packers 1960 basketball team getting back together