Gehling, a senior, was selected to the All-State football team this year as a safety and he finished the season with 107 tackles and seven interceptions.

Schotanus, a 6-2, 240-pound senior was voted Three Rivers South offensive lineman of the year and was voted Rebels team MVP.

Schotanus will play fullback for Rochester Community and Technical College next fall along with Southland teammate Casey Cederstrom, who is an offensive lineman.

Blooming Prairie head football coach Chad Gimbel, who guided the Awesome Blossoms to the Class ‘A’ state quarterfinals this season, will be an assistant coach on the Outstate team.

The All-Star Football Game will showcase outstanding senior players from the 2009 high school football season. Players and coaches representing 77 schools and 31 conferences will participate in this year’s game. They were selected by members of the Minnesota Football Coaches Association.

The 2010 All-Star Game will be the 37th in the current annual series and the 48th overall. For the 31st year, the game will feature the Metro All-Stars versus the Outstate All-Stars. Through 30 games, the Metro-Outstate series is tied at 15 wins each. In the 2009 game, the Metro All-Stars scored 27 points in each half and limited the Outstate All-Stars to one first down and 4 net yards in the second half, rolling to a record setting 54-13 victory. 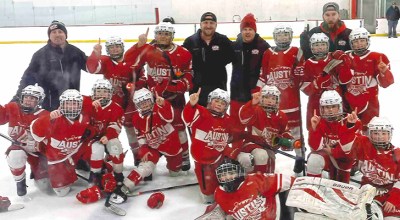